A police official and her companions have been detained under suspicion of collusion with members of the Abu Sayyaf Group currently at large in Bohol. 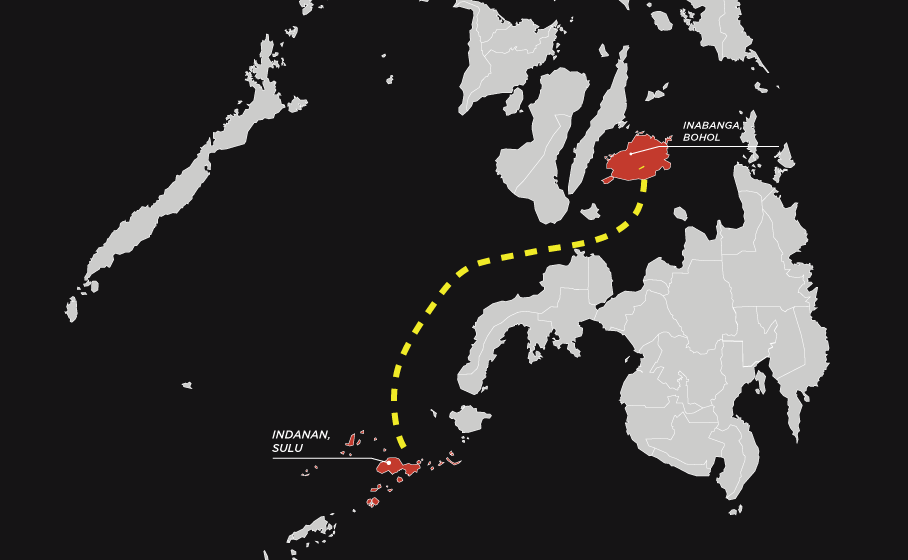 Clarin, Bohol — A police official and her companions have been detained under suspicion of collusion with members of the Abu Sayyaf Group currently at large in Bohol, following a firefight with government security forces nearly two weeks ago.

PSupt. Maria Christina Nobleza, deputy regional chief of the Region XI crime laboratory, and Reenor Lou Dungon were chased by soldiers on duty when they drove past a police checkpoint in Barangay Clarin, Inabanga past 8:00 p.m. of 23 April 2017. The area had been put on heightened alert as part of manhunt operations.

Authorities found “flippers and snorkeling gear, a police-issued firearm, sets of clothes, first aid kits, and food” inside the black Navarra vehicle owned by Nobleza; Dungon was driving the vehicle. The items drew comment and suspicion as they are believed to be supplies to help the Abu Sayyaf Group fugitives. This suspicion was corroborated by a text message on Nobleza’s mobile phone, purportedly from a member of the at-large ASG, calling for rescue. Nobleza had attempted to dispose of the cellphone and her SIM card; they were found by a K-9 unit.

Nobleza is married to a police officer and is herself an Islam convert. Residents of Inabanga earlier reported that the heavily armed men had been purportedly welcomed into three houses owned by Muslim converts (Balik Islam) in the community, following the height of the clash.

Joselito Melloria, alias Abu Alih, had been a native of Inabanga and had several relatives there. His body was found on Saturday evening, along with three others. Officials are confident that with Melloria’s death, capture of the remaining Abu Sayyaf fugitives has become more assured, as it was Melloria and his familiarity with the area that the group relied on for navigation.

Intelligence sources said Dungon was said to be a brother-in-law of an Abu Sayyaf leader.