The last members of the Abu Sayyaf Group foiled in a terrorist act in Bohol have been killed in an encounter with the AFP and PNP. 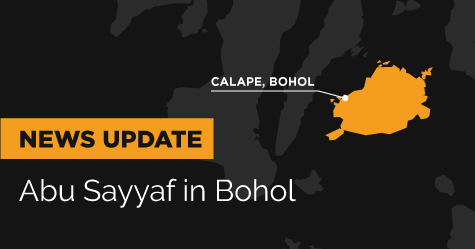 Calape, Bohol – As of 5:50 P.M. of 15 May 2017, the two remaining members of the Abu Sayyaf Group (ASG) involved in a foiled terrorist attack in Bohol last April have been killed by government security forces.

Calape police confirmed [warning: graphic image at link] that Abu Ubayda was killed a little past 1:00 P.M.. In an early statement released to the media, the Philippine National Police (PNP) shared that troops of the Armed Forces of the Philippines (AFP) and of the PNP engaged in a brief firefight with the last two members of the ASG in Barangay Kahayag in Calape, Bohol. The firefight began at around 12:30 P.M.

Military and police personnel responded to a report that the ASG members had taken a hostage and had stolen a motorcycle. According to Barangay Captain Victor Talatagud, the two ASG members were spotted last Wednesday night, and the authorities were immediately alerted their presence.

After a brief exchange of fire, one ASG member (later identified as Abu Ubayda) was killed while the other—wounded and armed with a pistol—fled the scene, escaping to a cemetery by motorcycle. Recovered from this first encounter was an M16 rifle.

It will be recalled that the ASG had entered Bohol in April this year in the hopes of extending their terrorist activities.