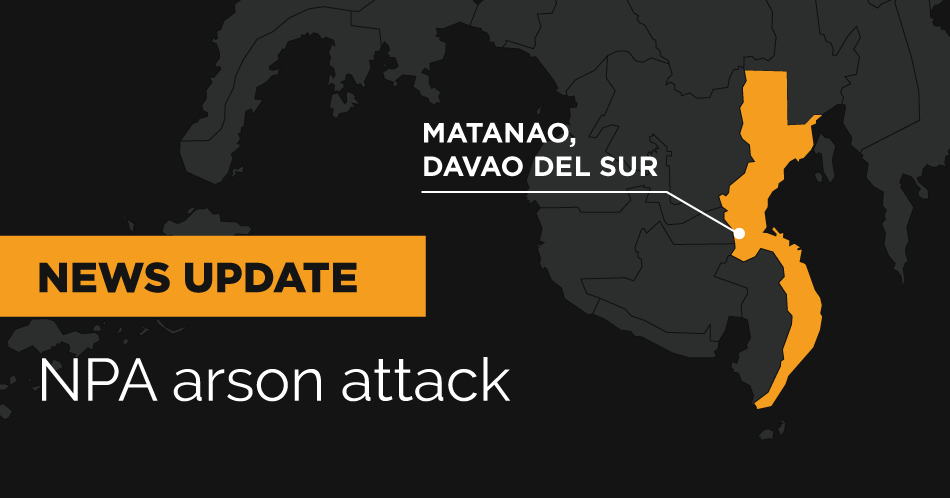 The 10-wheeler wing van truck was burned by the suspected rebels in Barangay Cablingan, Matanao, Davao del Sur at around 11:30 a.m. Police Station chief Yancee Butch Golocan said that the suspected rebels had burned 100 sacks of rice including the truck, the total value of estimated damage was around P200 million.

Fortunately, authorities were able to recover 423 sacks of rice. Reports show that some six armed men on board three motorcycles, torched the 10-wheeler truck said to be owned by one Henry Sorongon. The driver was held at gunpoint and ordered to get off the vehicle. The truck was set on fire as the suspects fled the scene. No one was hurt in the incident.

It will be recalled that a few weeks ago, said NPA burned the Lapanday Box Plant in Davao and other facilities. Prior to that incident, some 30 or so incidents of extortion and arson have been recorded since last year.

This is indeed sad news as the fifth round of peace negotiations between the Philippine Government and National Democratic Front (the political arm of the Communist Party of the Philippines and New People’s Army) is slated to happen at the end of this month.